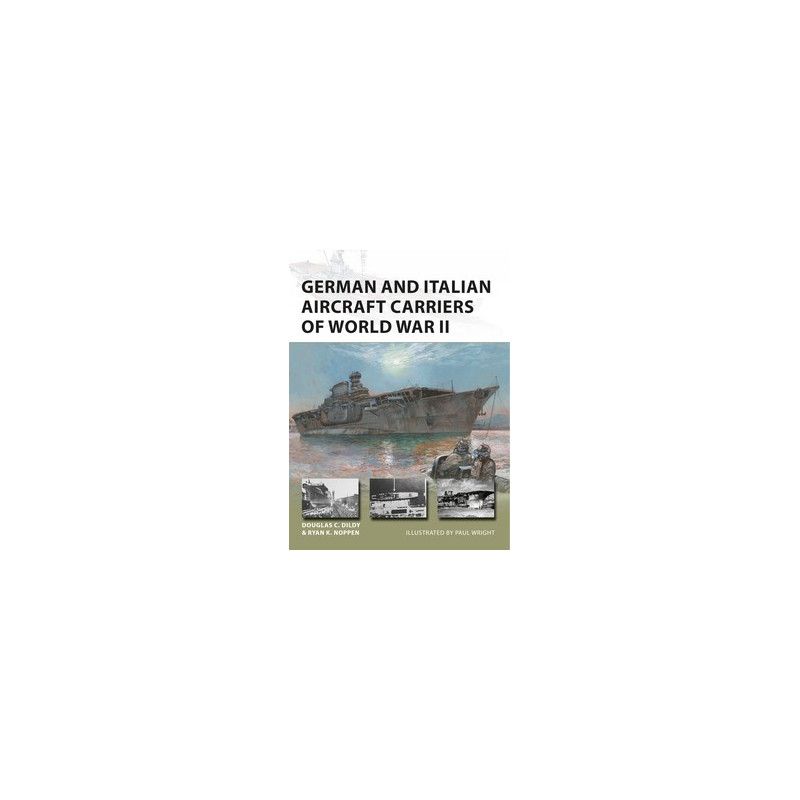 This fully illustrated study details Germany and Italy's failed development of World War II aircraft carriers, and the naval aviation ships that the two Axis powers sent into action in their place.The quest for a modern aircraft carrier was the ultimate symbol of the Axis powers' challenge to Allied naval might, but fully-fledged carriers proved either too difficult, expensive or politically unpopular for either to make operational. After the Anglo-German Naval Agreement of 1935, Hitler publicly stated his intention to build an aircraft carrier, the Graf Zeppelin, which was launched in 1938. A year later, the ambitious fleet-expansion Z-Plan, was unveiled with two additional aircraft carriers earmarked for production . However, by the beginning of World War II, Graf Zeppelin was not yet completed and work was halted. Further aircraft carrier designs and conversion projects such as the ocean liner Europa and heavy cruiser Seydlitz were considered but, in January 1943, all construction work on surface vessels ceased and naval resources were diverted to the U-boat Campaign.This book explains not only the history of Germany's famous Graf Zeppelin fleet carrier and German carrier conversion projects but also Italy's belated attempt to convert two of her ocean liners into carriers. It considers the role of naval aviation in the two countries' rearmament programmes and describes how ultimately it was only Italian seaplane carriers and German ocean-going, catapult-equipped flying boat carriers that both Axis powers did eventually send into combat.