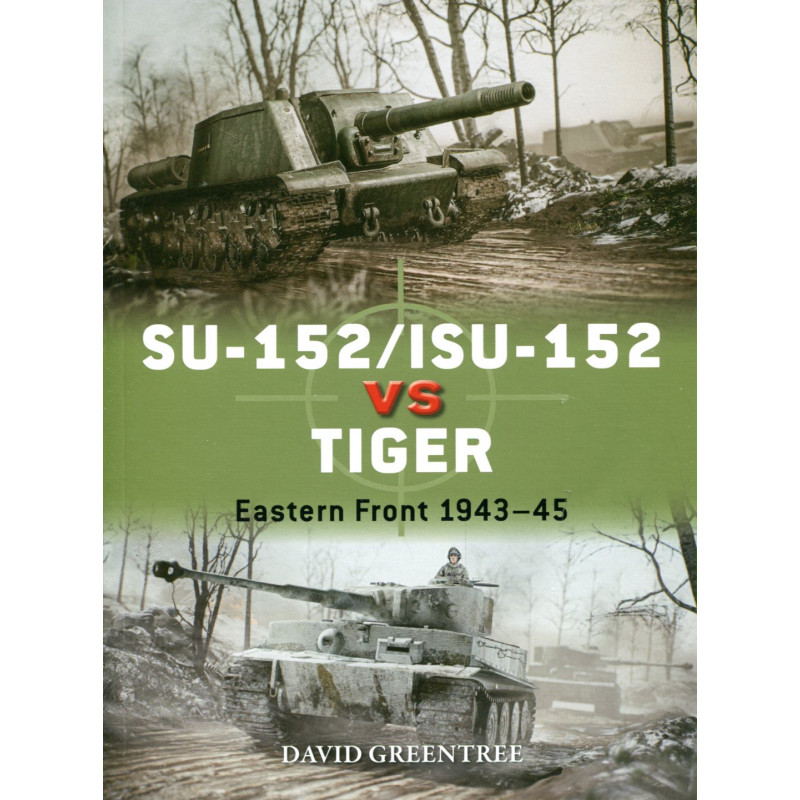 This fully illustrated volume compares two of the most iconic AFV's: the SU-152/ISU-152 and the Tiger, used on the Eastern Front during World War II.On the Eastern Front in 1943, the Tiger-equipped heavy Panzer battalions gave German armoured divisions an unmatched capability that cost the Red Army dearly. The Tiger's 88mm gun had the potential to carve through Soviet defences in the attack and cause havoc amongst advancing Soviet armoured formations when used in defence. Neither of the Red Army's heavy tanks (the KV-1 and KV-2) could match the Tiger's gun, and, more importantly, penetrate its armour at anything approaching standard combat range. The Soviet response was a stopgap Tiger-killing vehicle that mounted a 152mm artillery piece onto the KV tank's chassis: the SU-152. The latter would evolve into the ISU-152 in late 1943 (mounting the same powerful gun on an IS chassis). This fascinating book describes the mighty duels fought between these opposing AFVs. The colour illustrations explore key details of both the SU-152/ISU-152 and Eastern Front Tigers, including armament, ammunition and crew positions, and the period photographs show rarely seen views of these iconic AFVs in action. How each attempted to best the other using its strengths and advantages is documented across a wide range of dramatic Eastern Front armoured battles.