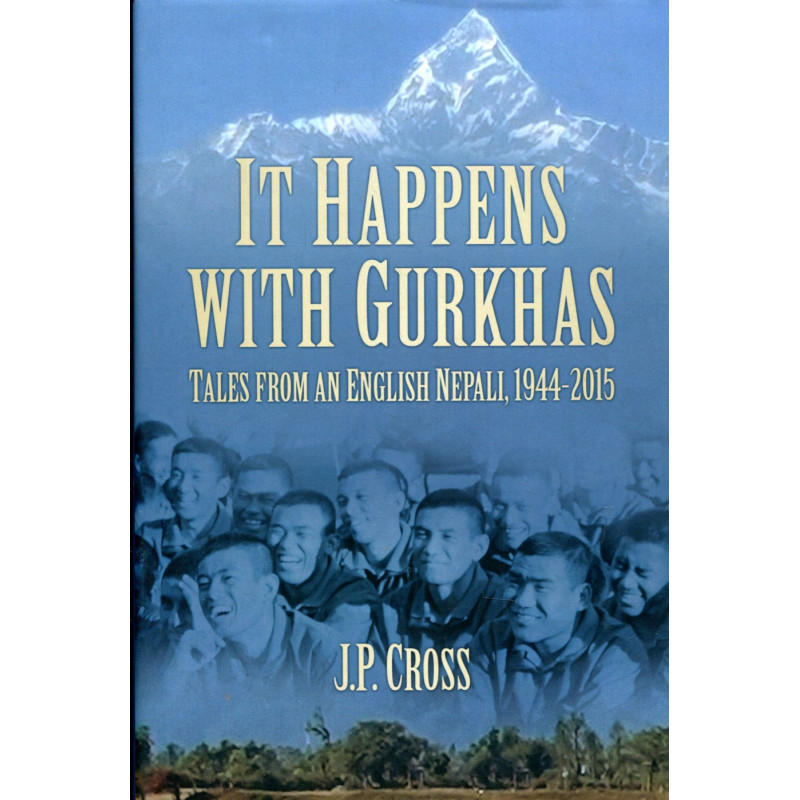 It Happens with Gurkhas

Gurkhas have served with the British for almost 200 years, first with the army of the East India Company, then with the Indian Army of the Raj, and then in 1947 becoming an integral part of the British Army. This anthology of articles from The Kukri by J. P. Cross covers much of the past sixty years of their history, taking in the last days of the Second World War and the Indonesian Confrontation in the 1960s, and also gives an insight into the culture and beliefs of these renowned soldiers. As a Gurkha officer, J. P. Cross had many unusual experiences in his long career: in 1945, for example, he was attached to a Japanese battalion in Indochina which was fighting for the British against the Viet Minh, and the only photograph taken of this Japanese unit finally laying down its weapons appears in this book. Later, he just managed to resolve a potentially deadly dispute between an offended Gurkha and a visiting South Vietnamese trainee at the Jungle Warfare School. He also describes several seemingly supernatural experiences whilst serving with troops from a culture where such things are firmly believed in. This is a unique anthology drawn from an equally unique military career and a relationship with the Gurkhas that has lasted for over half a century.