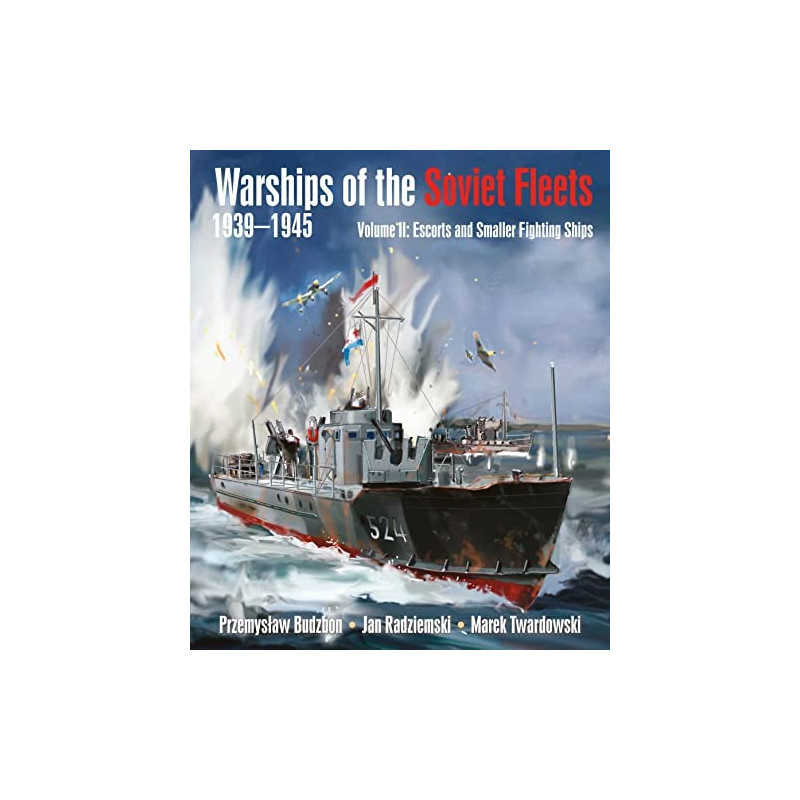 Seventy-five years after the end of World War II the details of Soviet ships, their activities and fates remain an enigma to the West. In wartime such information was classified and after a brief period of glasnost the Russian state has again restricted access to historical archives. Therefore, the value - and originality - of this work is difficult to exaggerate.

This second part of the three-volume series includes all the remaining fighting vessels not already covered in Volume I. Beginning with the Uragan class - rated as escort ships and the first seagoing warships designed by the Soviet Union - the book then moves on to submarine hunters, both large and small, patrol craft, minelayers and minesweepers, and unusual types like floating artillery batteries and anti-aircraft defense ships, concluding with landing ships and craft. Many of these vessels have hitherto been poorly documented but given the nature of the land-centered Soviet war against Germany their contribution should not be underestimated. The details of their service and, not least, the circumstances of their loss, constitute a major addition to Western understanding of the Soviet Navy's war effort.