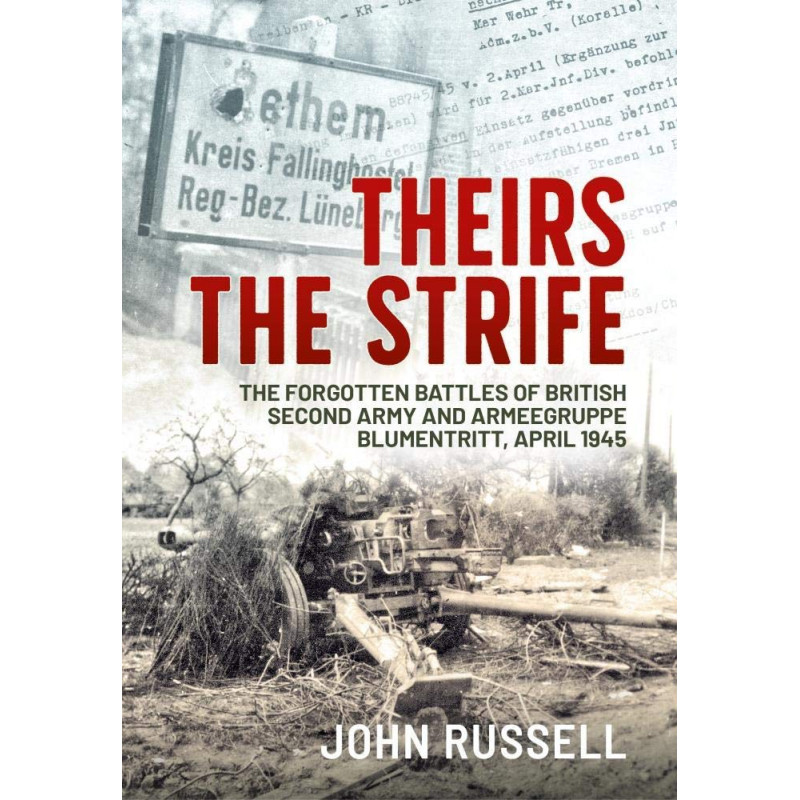 Theirs the Strife: The Forgotten Battles of British Second Army and Armeegruppe Blumentritt, April 1945

Early April 1945 and the British Second Army is over the Rhine and advancing across the North German Plain. Its objective is Schleswig-Holstein, with the rivers Weser, Aller and Leine the only remaining obstacles of significance before the Elbe. German forces appear to be in total disarray and British confidence is high, but tempered by the fear of becoming a casualty with the end of the war within touching distance. Unknown to the British, a new division formed from naval personnel and supported by a Waffen-SS battalion of Hitler Youth and some of the last available Tiger and Panther tanks, has been deployed westwards to the Weser and charged with its defence. Despite their inexperience, these are well-motivated troops and determined to acquit themselves to the best of their ability in what will, in all likelihood, be their first and last battle. For all the combatants the war is very far from over. Meticulously researched and published in the 75th anniversary year of the events it describes, Theirs the Strife tells the story of a series of bitter actions fought by VIII and XII Corps to cross the three rivers. Historians have paid little attention to these final weeks, with the few British narratives hurrying from the Rhine to the surrender on Lüneburg Heath and at best making only passing reference to the actions fought en route. The lack of coverage of the fighting has given rise to a number of misconceptions: that the advances through Germany and the Netherlands were trouble-free ‘swans’, that by April 1945 the German Army on the western front did little more than surrender, and that by 1945 British Second Army was at its most potent. Theirs the Strife addresses these misconceptions and reveals that there were more similarities between the opposing combatants than might be assumed, with both facing the same ultimate challenge: summoning up the courage to prosecute a war to its bloody conclusion. Although parts of the book were previously published as No Triumphant Procession, which had as its central theme the actions fought by XII Corps against the naval division, Theirs the Strife reflects many years of additional research by the author and provides a significantly broader record by embracing VIII Corps’ actions against the division. In particular it describes the detail of 6th Airborne and 11th Armoured Division’s hard-fought battles for bridgeheads over the Weser, 11th Armoured Division’s demanding advance to the Aller, the subsequent battle for the Essel bridgehead and the heavily contested advance to Winsen. The book includes air actions by the RAF and Luftwaffe, the impact of Ultra decrypts and there are two contextual chapters recording the organisation, equipment and state of the participating British and German forces. The Epilogue explores the British strengths and weaknesses and provides an in-depth analysis of why some German units offered stubborn resistance so close to the war’s end. Theirs the Strife is no dry piece of military history. Much of the narrative is set at battalion level and below, is studded with first-hand accounts and photographs, and supported by over 100 maps and figures, giving the reader unparalleled understanding of the actions. The book fills a significant gap in our knowledge of this period and, in the 75th anniversary year of the actions it describes, is a fitting and long-overdue testament to the men of both sides who had to fight in sight of peace. 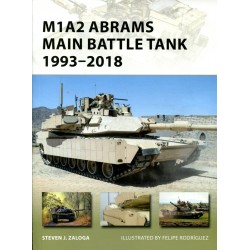