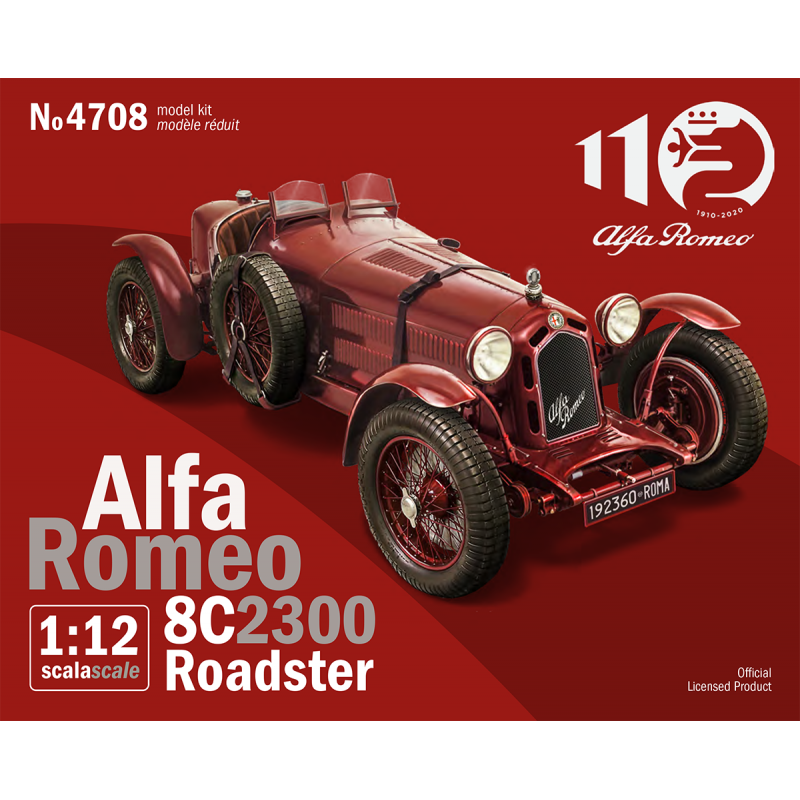 The car’s name derives from the engine adopted: an 8-cylinder in-line supercharged engine with a displacement of 2,336 cc. The Alfa Romeo could be considered the “state of art” for technology, innovative solutions and performances. Characterized by an impressive reliability and driveability the “8C” achieved significant victories in international car racing competitions.

It linked its name to the famous Italian driver Tazio Nuvolari that won, among the others, the Targa Florio race in Sicily and the prestigious Italian Grand Prix at Monza. This last victory gave the “Monza” name to the twin seater GP car. From the racing version, a production batch of almost 200 vehicles was produced for the private markets and to be used on the normal road.To celebrate the 110th anniversary of the famous Italian manufacturer we are releasing the two-seater Sport version of the 1930’s. The car was distributed at that time via the Alfa Romeo sales network to those customers wealthy enough to purchase the most successful sports car of the period.